Two new singles to start the new year from our friends in the other hemisphere. Both will be ready for consumption on the 2nd of January. The first is the debut of Mole House. Three slices of bummer pop at its best. Dig in:
Mole House-Hey Come My Way by Quemada Records

Also for the 2nd, Mad Nanna would like to give you a theme song for your New Year's hangover. We'll get some sounds on here presently... 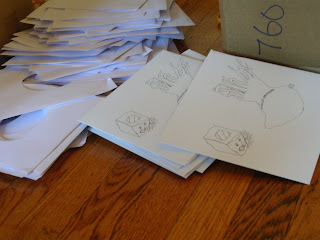 Posted by Quemada at 5:45 PM No comments: 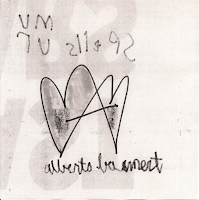 Hey everybody, got a couple of Muura singles from the esteemed Albert’s Basement label at a nice price for those interested. If you’re unfamiliar, Muura is Matt Earle who is perhaps best known in the States from xNOBBQx or his work with his indefatigable label, Breakdance the Dawn. Here we are treated with feedback heavy minimalist drones done the old fashioned way, with amps, guitar and a little drum (I think anyway). Real immersive stuff. Like the more sensitive parts of A Handful of Dust, particularly the B side. Geez, that’s a niiiice one. Got a couple with sleeves handmade by Mr. Earle himself and a couple done in the workingman’s Breakdance the Dawn Xerox style (designed by the same Mr. Earle, of course).

Sold Out
Posted by Quemada at 3:02 AM No comments: 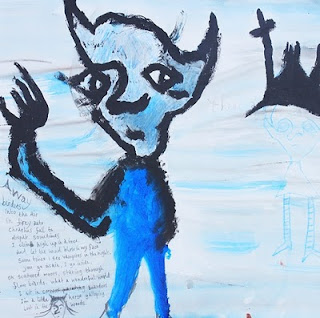 Got a (very) few copies of one of our favorite band's stunning new full length from our friends at Wormword Grasshopper. Beautiful cover, heartbreaking songs. If you're on this website you're already familiar with whats going on in these grooves, but if you need some temptin' click here for some songs.

Get it now before you regret missing the boat. And keep your eye on those Wormwood Grasshoppers, lots of great stuff coming from those parts.

Sold Out
Posted by Quemada at 3:25 PM No comments:

The Garbage and The Flowers-Now Available! 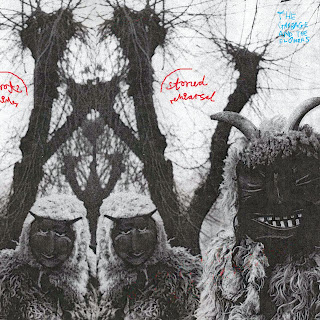 The Garbage and the Flowers have been around since the early nineties and have released some of the most beautifully delicate sounds ever pressed to vinyl. They just haven't done it all that often. From their 1992 single on Twisted Village to their double LP on the Now Sound from 1997 to their Skulltones single in 2010, G&TF have casually offered us glimpses into their genius.

Stoned Rehearsal is exactly what the name implies. Recorded in 2007 to an audience that consisted solely of two Rainforest Dingoes and a Tibetan terrier, Stoned Rehearsal finds our heroes and heroine relaxed and loose. And for those of us who live in another hemisphere, it gives us the best representation of the live G&TF live experience we’re likely to get. Stoned Rehearsal was originally released on cassette by the band but was barely heard out of Australia. Even if you found a copy, you may be one of those unfortunate souls with a tape that the band forgot to dub (gee, wonder how that happened). It is now presented to you lovingly re-mastered and on god’s preferred medium. $15

Coming Soon(ish): The Garbage and The Flowers

We’re about two to three weeks (we hope) from announcing the release of the Garbage and The Flowers’ Stoned Rehearsal on vinyl for the first time. This has been in the works for quite some time but, rest assured, the wait will be worth it. The songs have been re-mastered and sound utterly amazing. It’ll be like The Garbage and Flowers were practicing in your living room. And, lucky you, they brought their dogs.

Here’s a track to hold you over.
The Garbage and The Flowers-Elizabeth (slight edit) by Quemada Records
Posted by Quemada at 12:51 PM No comments: 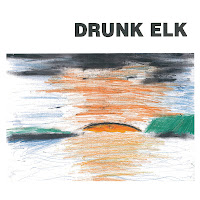 Well here it is. After countless delays we have the vinyl debut of Hobart's Drunk Elk. Songs of Roman philosophers and seduction done in the traditional Tasmanian manner. Heartfelt songs from way way down under.

That's Drunk Elk from Hobart, Australia playing in a kitchen and very soon we will be offering their 7" debut on Quemada Records. We couldn't be more thrilled to have it as our first release. There's a song from the forthcoming seven inch here.

But wait, the news gets better. In the not too distant and only slightly hazy future (we don't care much for release dates over here), we will be releasing a vinyl version of The Garbage and The Flowers' Stoned Rehearsal tape. Get ready:

Posted by Quemada at 5:57 PM No comments: